The economic, commercial and integral strategic partnership between the Bolivarian Republic of Venezuela and the People’s Republic of China has allowed to consolidate and build an alliance for equality and mutual benefit to overcome the colonialism imposed by the imperial powers, said the Head of State, Nicolás Maduro Moros.

“Venezuela has been placing itself in the world step by step, it is getting ahead of the future. With China, we have been building a strategic relationship that has overcome even the obstacles that came with the economic war. In the period of great income, we created the China-Venezuela Investment Fund and in times of great difficulties we managed to sign sustainable agreements between both nations, letting the new economic era to step in”, said the President.

During his speech at a press conference with national and international media, which took place at the Miraflores Palace in Caracas, the Head of State offered an assessment of his work visit to the Asian nation, where he also had the opportunity to meet with its counterpart, Xi Jinping, to strengthen bilateral and commercial relations with that nation, in order to improve the Recovery, Growth and Economic Prosperity Program in Venezuela.

In this regard, Maduro reported that in November, around 5th and 10th, will be held in Shanghai, China, the World Trade Fair, in which more than 500 venezuelan exporters will participate and where the asian nation will offer business opportunities for more than 20 billion dollars. This alliance was finlized after the meeting with venezuelan and chinese businessmen, where the Business Committee was installed and chaired by the president of Petróleos de Venezuela (Pdvsa), Manuel Quevedo.

To refine the participation details, President Maduro announced that in the next few days he will hold a working meeting with venezuelan businessmen. Also, the People’s Power Minister for Foreign Trade and International Investment, Yomana Koteich, is currently in China to conclude the placement logistics for the venezuelan stand at the aforementioned fair.

Likewise, the president proposed that the Summit of the Community of Latin American and Caribbean States (Celac), was created in the Asian nation, to upgrade the strategic cooperation between the two countries.

The President also took the opportunity to explain the details of the 28 agreements signed between China and Venezuela, among which, the improvement of the basic industry; storage and supply of medicines; extension for the next four years of the Cultural Exchange Plan. In terms of defense and citizen security, agreements for the expansion of the technological platform of VEN-911 were signed.

In aerospace, they signed an agreement for the launch of the Guaicaipuro, the fourth satellite that will place the venezuelan State in orbit in cooperation with China.

To strengthen commercial relations, the Strip and Route project was activated, which objective is to promote free trade, financial integration, infrastructure connectivity and closer exchanges between peoples.

“China has a superior advantage to the imperial powers and it is that they don’t attack the peoples of the South but seeks the meeting and equality of the countries of the world, that’s part of its pluripolar doctrine (…) The plan of the Strip and the Route is a shared development project that can not be compared to colonialism”, said Maduro.

Regarding to the political game imposed by the United States government, which has as its premise the unilateral sanctions and the attack on the sovereignty of those nations that promote an alternative model different from capitalism, the venezuelan President assured that the bilateral cooperation that Venezuela holds with China has allowed to go beyond the paradigms of colonialism.

This assertion was made due to the international campaign held by right-wing governments against Venezuela to position the humanitarian crisis in the Caribbean nation, which in his opinion constitutes a plan of international bourgeoisie to obtain economic benefits.

“We are convinced that the truth about Venezuela will prevail. The Bolivarian Revolution has saved the country from a war, we have been on the frontier of hatred”, said Maduro, recalling the events that took place in 2017 through the guarimbas promoted by the extreme right to delegitimize the Bolivarian Government and generate the destabilization in the country.

Given this scenario, Maduro said that venezuelans have overcome a series of obstacles, therefore, in response to these destabilizing actions in 2017 he convened the original power (National Constituent Assembly) that brought peace in Venezuela.

Later, on August 20, he ordered the activation of the Economic Recovery, Growth and Prosperity Program, in order to strengthen the national economic system, the social security, political stability and bring the greatest happiness possible to the people of the Homeland of Bolívar. . 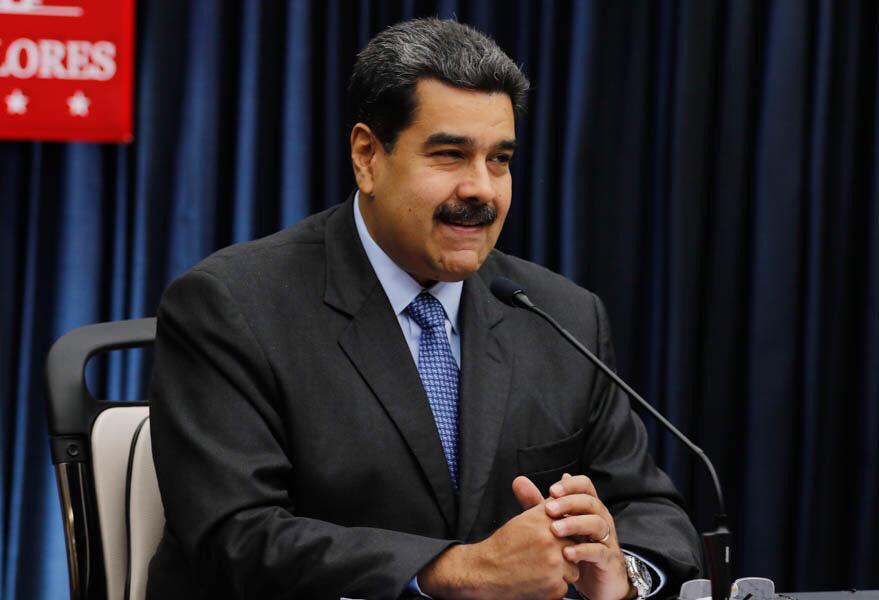