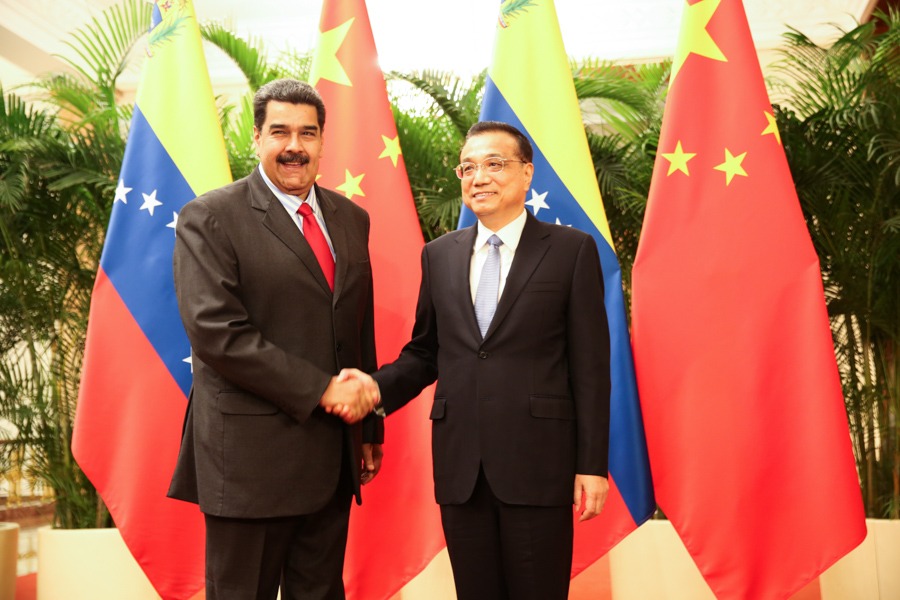 The President of the Bolivarian Republic of Venezuela, Nicolas Maduro Moros, held a meeting on Friday afternoon in Beijing with President of the National People’s Assembly of the People’s Republic of China, Li Zhanshu, as part of the agenda that the Head of State is holding in his official visit to the Asian nation.

The high-level meeting which took place at the venue of the highest Chinese legislative body was about the exchange of experiences on the economic area and the importance of the commercial exchange, among other topics of mutual interest.

This event was preceded by the meeting of President Nicolas Maduro with the Prime Minister of China, Li Keqiang, in order to strengthen the friendship and cooperation ties that Caracas and Beijing uphold.

Previously, the Venezuelan Head of State honored, along with his cabinet, the leader of the Chinese revolution, Mao Zedong, with a floral offering at the mausoleum located in the Tiananmen Square.

In the morning, President Nicolas Maduro and the Chinese Foreign Minister, Wang Yi, closed the 16th Venezuela-China High Level Joint Committee (CMAN, in Spanish), that was an intergovernmental meeting that allowed deepening and expanding the comprehensive strategic alliance that both countries uphold, with the signing of 28 agreement on financing, energy, education, agriculture, culture, aerospace, health, science and technology, among other areas.

Foreign Minister Li agreed on the need to continue the joint work before the complex international circumstances, and he suggested taking advantage of the Belt and Road Initiative in order to expand the spaces and optimize the cooperation models.

“China and Venezuela are good partners that have overcome before any kind of difficulty. We have the mission to raise our relations as comprehensive strategic association (…) the relationship with Venezuela is as solid as the Great Wall and it moves on like the Orinoco River”, highlighted the Foreign Minister.