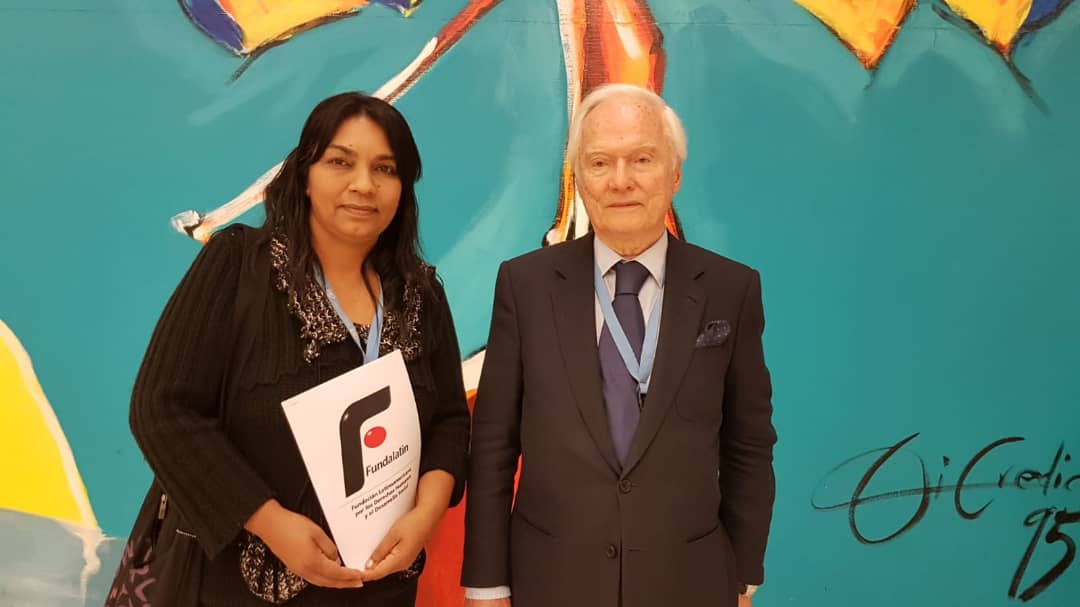 The Latin American Foundation for Human Rights and Special Development (Fundalatin) met Friday with the Special Rapporteur on the negative repercussions of unilateral coercive measures on the enjoyment of human rights by the United Nations Organization, Idriss Jazairy.

The meeting took place within the framework of the 39th session of the UN Human Rights Council held in Geneva, Switzerland, where the organization asked the Special Rapporteur to pay a visit to Venezuela, in order to corroborate the impact that the unilateral coercive measures imposed by the United States, Canada and the European Union on the venezuelan economy have had.

“We want to denounce that these coercive measures against Venezuela are trying to suffocate the economy of our country to cause a military intervention disguised as humanitarian aid,” said the president of Fundalatin, María Eugenia Russián.

Likewise, Russián indicated that the financial blockade against the country interrupts it’s commercial flows, preventing the acquisition of food, medicines and basic supplies to guarantee the rights to food and health.

She recalled that the UN Human Rights Council has rejected this type of measures because they are contrary to international law and have an extraterritorial nature that inhibit the full enjoyment of human rights. “The coercive measures are illegal”, said the President of the organization.

Impact of sanctions on human rights

The president of Fundalatin stressed that one of the most palpable effects of the sanctions imposed unilaterally on Venezuela has been the financial blockade.

“The banks refuse to work with the venezuelan State for fear of being sanctioned by the United States Government”, she said.

In this regard, the representative of Fundalatin cited some examples that allow us to appreciate how these sanctions have negatively affected the economic situation of the South American country.

She also pointed out that Venezuela has had to look for Asian banks to be able to import, causing significant losses due to the exchange differential.

Finally, Russián explained that the unilateral coercive measures have forced the country to triangulate the purchase of medicines and food to supply the population, which are marketing mechanisms that make imports more expensive.

FUNDALATIN is a venezuelan organization, recognized with Special Consultative Status in the Economic and Social Council (Ecosoc) of the United Nations Organization since 2015, and since 2005 is duly accredited to the Organization of American States (OAS) .

The trajectory of FUNDALATIN, allowed it to gain in the year 1987 the prize “Messenger of the Peace” that grants the Organization of the United Nations.