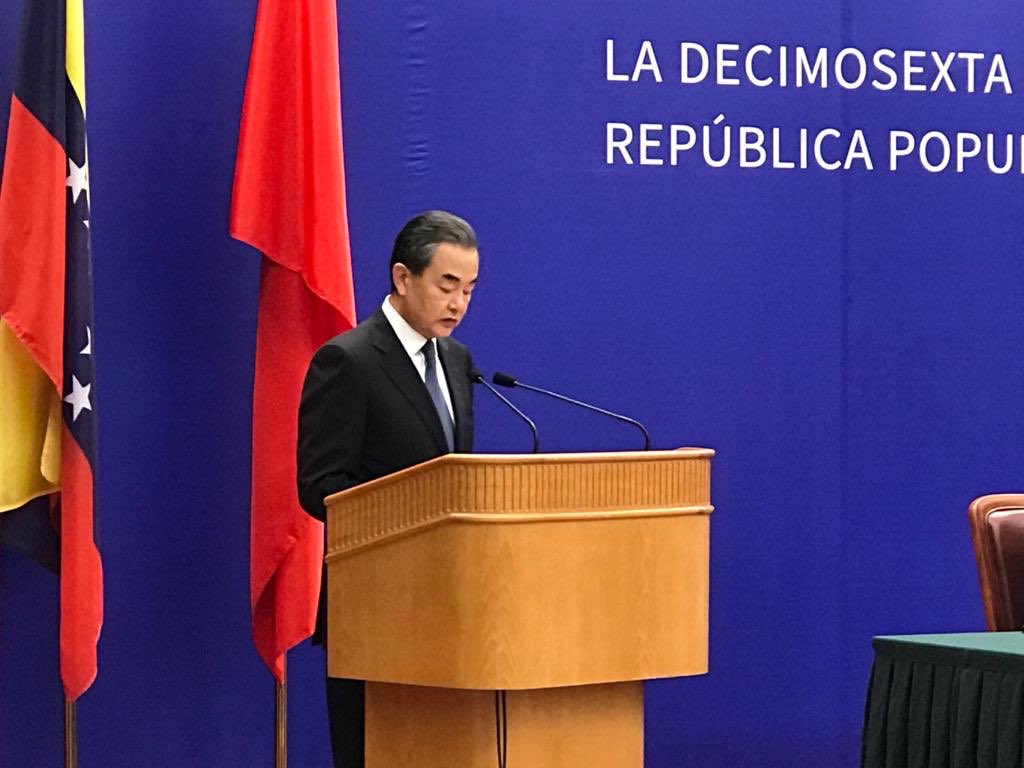 The Bolivarian Republic of Venezuela and the People’s Republic of China deepen cooperation relations and strengthen trade exchange through the initiative the Strip and the Road economic interconnection mechanism between countries of Asia, Africa and Europe based on the millennial Silk Road .

This mechanism of commercial reciprocity that seeks the promotion of free trade, infrastructure connectivity and economic integration aims to strengthen cooperation models and enrich the strategic partnership between China and Venezuela, which was consolidated with the arrival of the presidency of the Commander Hugo Chávez, who in 2001 was a participant in the formation of the High Level Commission.

Chinese Foreign Minister Wang Yi said that the Asian and Caribbean nation is going through a broad stage of development, which should be used to consolidate as the Great Wall and the Great Wall. to advance forward with strength like the Orinoco River, the bilateral relations existing between both countries.

“We hope that the agreements reached between President Xi Jinping and his counterpart Nicolás Maduro during the High Level Commission deepen our cooperation to promote the progressive and continuous development of both countries,” he said.

In his speech, the Asian diplomat added that despite international circumstances his country is willing to work with the Venezuelan government to unify forces, deepen the integration models and increase the bonds of brotherhood among peoples.