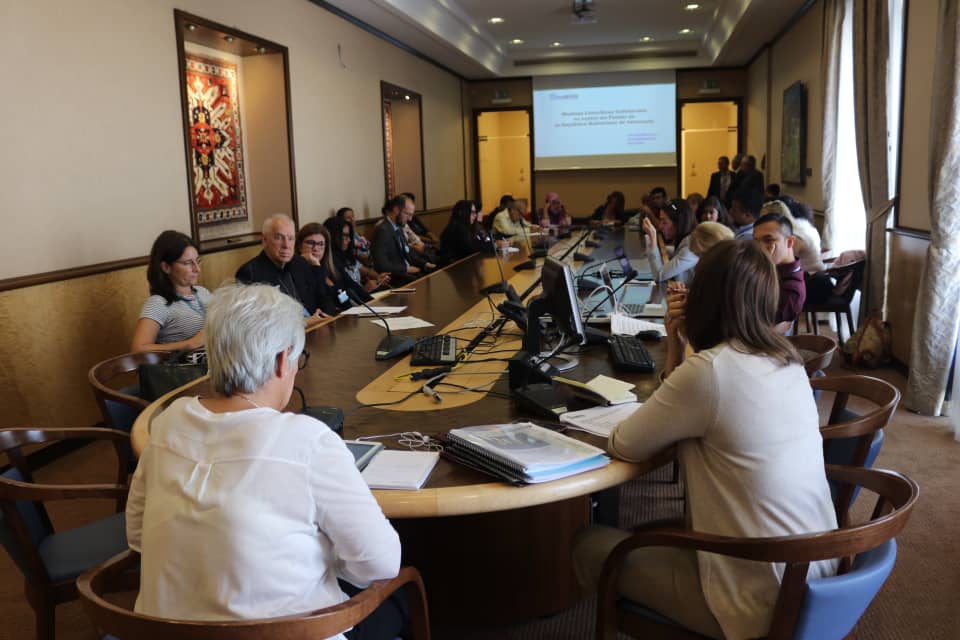 In the framework of the 39th Period of Sessions of the United Nations Human Rights Council (UNHRC), a group of worldwide social movements organized a forum rejecting the unilateral coercive measures imposed against the Bolivarian Republic of Venezuela by the United States and the European Union.

The meeting was headed by the SURES social organization and the Women’s International Democratic Federation (WIDF) with the aim of explaining how such measures affect human rights in Venezuela.

In this sense, the representative of the United Nations Cuban Association, Azalia Arias, pointed that “we are here in this activity to denounce the blockade imposed to the Venezuelan people for having exercised their right to free determination, thus they are being punished”.

“We, Cubans, have wide experience in this matter; for more than 60 years, the U.S. Government has imposed a hard blockade against our people, and that is why today we are demonstrating our solidarity with the Bolivarian people and Government”, expressed the Cuban Association representative.

For his part, the representative of the French Organization Le Pont, David Lopez, who was as well an international observer in the last presidential elections held on May 20th, expressed that during his stay in Venezuela he was able to see how these economic measures affect the Venezuelan people.

“The first thing you can notice arriving to Venezuela is that there are economic hardships arising from these imposed measures, but there is no humanitarian crisis. I am a Colombian and I have seen that, in Colombia, the amount of displaced persons who leave the country as a result of the warfare and the hunger reaches around 10 million persons”, noted Lopez.

Lastly, these organizations called the United Nations Organization to make a statement against these unilateral coercive measures. LM