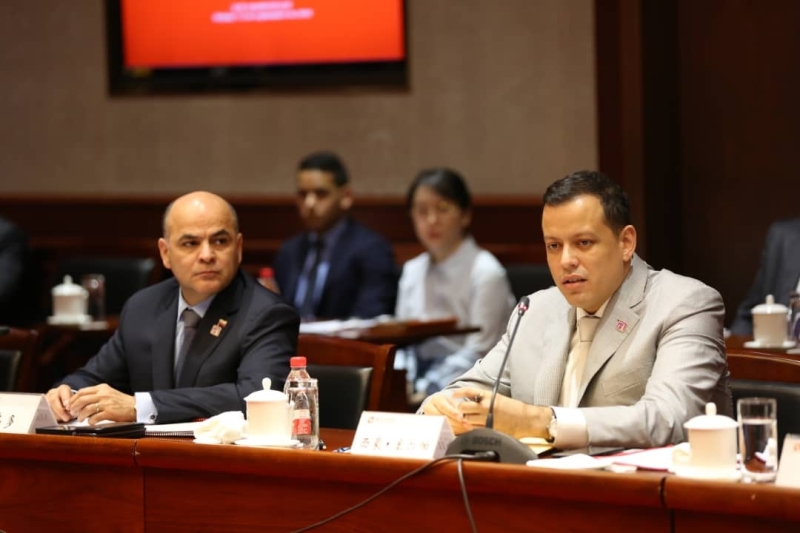 Such work meeting took place following instructions of the President of the Republic, Nicolas Maduro, and within the framework of the 16th China-Venezuela High-Level Meeting which is being developed in the Asian nation, and for which the President departed this last Wednesday.

Representatives of China’s highest financial entity discussed with the economic team of the Venezuela’s Government to realize strategic alliances aiming at increasing investments and oil production in the country.

This meeting would consolidate the discussion of agreements between Petroleos de Venezuela, S.A. (PDVSA) and representatives of the China National Petroleum Corporation (CNPC), aimed at strengthening joint projects for gas trade.

The strengthening of companies such as Sinovensa, Petrourica and Petrozumano was considered in such work agenda, where the CNPC participates. PDVSA