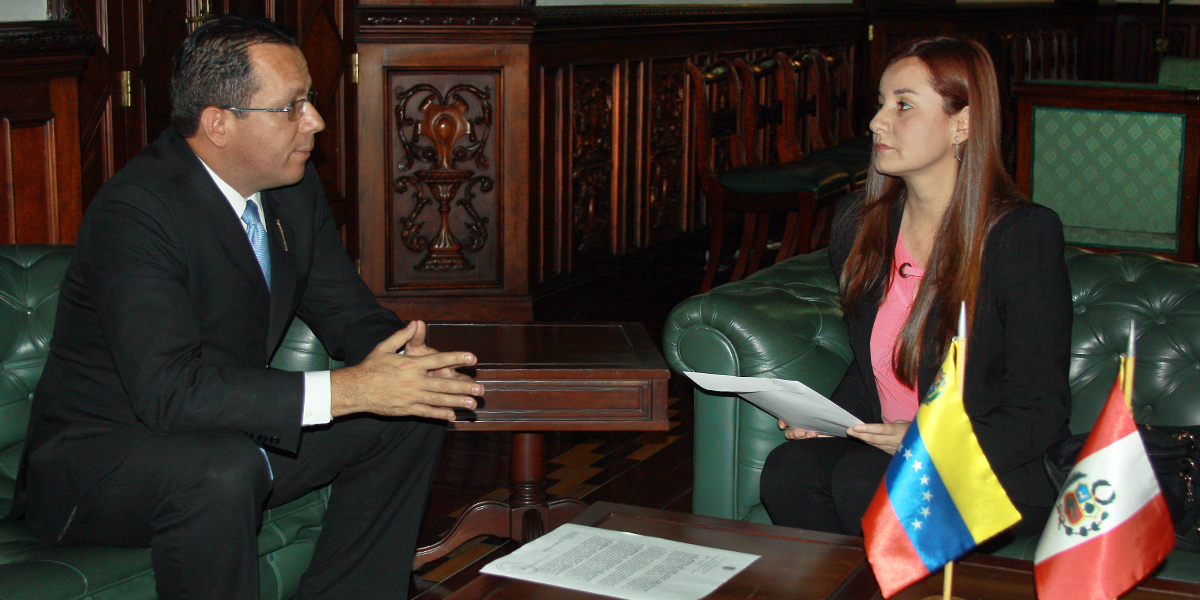 This Tuesday, the Bolivarian Republic of Venezuela, rejected the erratic meeting held by the diplomatic representatives of the Republic of Peru, within the framework of the Security Council of the United Nations (UN), with the objective of promoting the international isolation of Venezuela.

The Vice-minister for Latin America, Alexander Yánez, delivered a Note of Protest to the Chargé d’Affaires of Peru, Rosa Álvarez, with the purpose of expressing Venezuela’s position on these actions, which far from promoting peace, dialogue and diplomacy – As mandated by the Charter of the United Nations – seeks to ignore the Constitutional Government and promote the violation of human rights of Venezuelans.

The Venezuelan Foreign Ministry demands in the official text that the principles of the Charter of the United Nations be respected. At the same time, he reiterates that the only one who has the right to decide it’s fate in the full exercise of it’s constitutional guarantees, is the Venezuelan people themselves.

In this sense, the Ministry of People’s Power for Foreign Relations of the Bolivarian Republic of Venezuela invites the Republic of Peru to respect the sovereignty of the Fatherland of Bolívar.