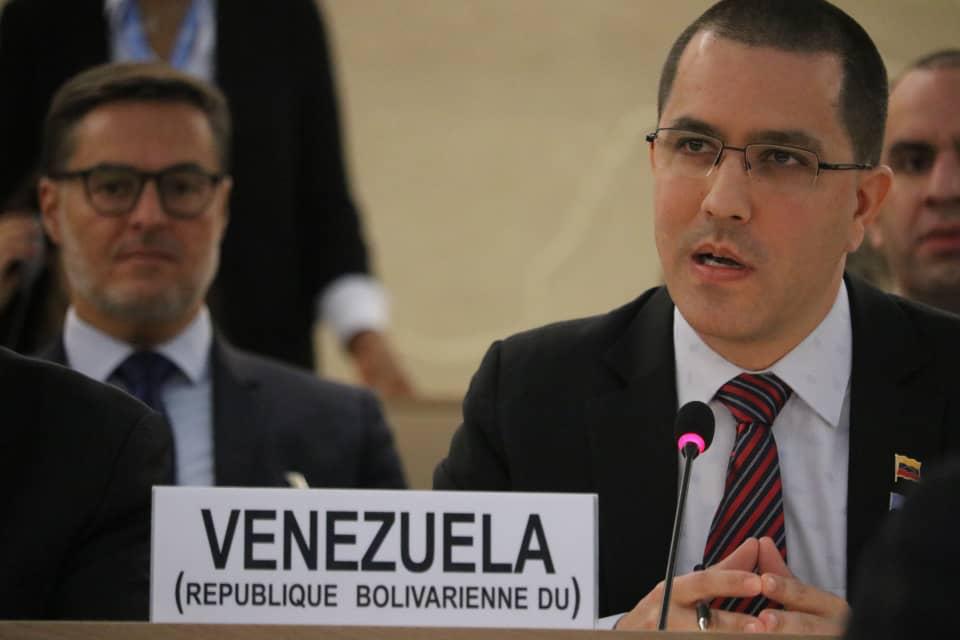 The damages of the unilateral coercive measures imposed by the government of the United States and the European Union (EU) against the Bolivarian Republic of Venezuela, and the assassination in degree of frustration against President Nicolás Maduro were denounced on Tuesday by FM Jorge Arreaza before the Human Rights Council of the United Nations (UN), based in Geneva.

During the debate on the report of the outgoing United Nations High Commissioner for Human Rights, Zeid Ra’ad Al Hussein, the Minister of People’s Power for Foreign Relations prioritized his intervention in the economic and financial blockade maintained by the centers of world power against the country.

Regarding this, he established a parallelism between the current economic situation in Venezuela and that of the Republic of Chile at the beginning of the 1970s, which led to the coup and death of the then President Salvador Allende on September 11 1973.

“We denounce, once again here, the siege against Venezuela, the economic-financial blockade against our country, the unilateral coercive measures (…) that try to make our economy scream as happened in Chile”, he said.

Also, the Minister reiterated, these measures make it difficult to acquire and import basic goods for the country.

“They have made it difficult for Venezuela to receive what is fundamental and basic for production, for food, for the health of our people”, he stressed.

In this context, the FM recalled the withholding of 1,600 million dollars that the company Euroclear keeps to the State, and the loss of about 265 million dollars in venezuelan titles in the Swiss institution Credit Suisse, just to mention some cases.

In his speech, the diplomat recalled that on August 4 the people of Venezuela witnessed an unprecedented event in the country’s contemporary history: the assassination attempt against President Nicolás Maduro.

“Fortunately, the assassination attempt, not only against President Nicolás Maduro but of the entire political and military mantle did not bear fruits”, he said.

He also reaffirmed that this attempt was planned in the US state of Florida while the perpetrators were trained in the Republic of Colombia.

FM Arreaza denounced – as well – an international media campaign against the Bolivarian Republic that has induced the migration of Venezuelans. However, he maintained that this “forced” emigration is intended to be used to tarnish the image of the Caribbean nation.

He highlighted, in that sense, the progress of the Plan Vuelta a la Patria that has been implemented by the National Executive to facilitate the nationals’ return to the country, many of whom have denounced xenophobia and labor exploitation in other States of the region.

The Venezuelan diplomat made an opportune intervention to reiterate his willingness to start a new stage of cooperation with the Human Rights Council of the United Nations, and the new High Commissioner for Human Rights of the agency, Michelle Bachelet.