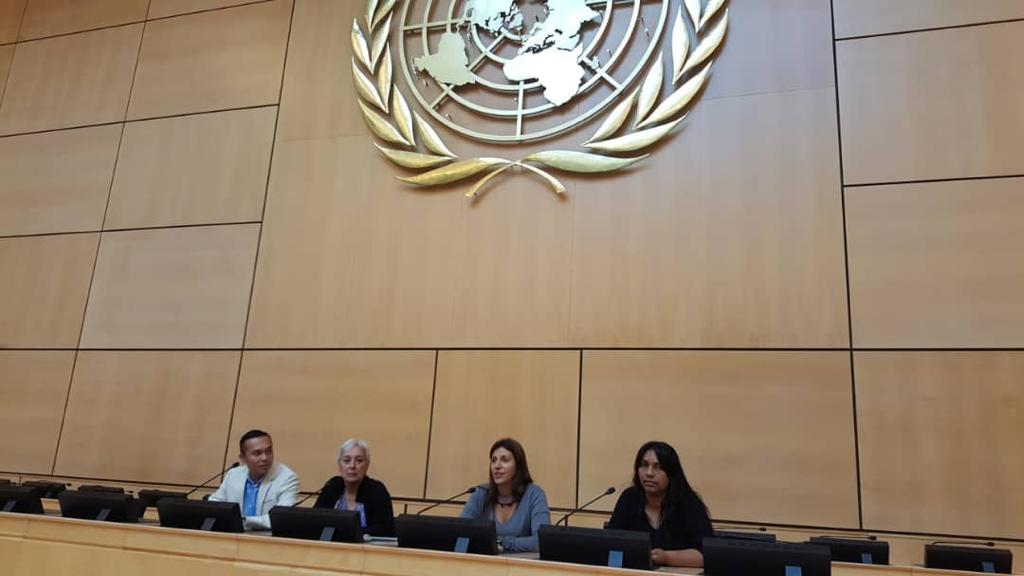 The social organization Sures participated in the 39th period of sessions of the Human Rights Council of the United Nations, together with other Venezuelan civil society organizations, there, it highlighted the strategic, economic and geopolitical interests that powerful countries have against Venezuela and requested the cessation of unilateral coercive measures, which represent a negative impact on the realization of the human rights of Venezuelans.

Also in the presentation of the report of the United Nations Special Rapporteur for the promotion of a democratic and equitable international order Alfred De Zayas, who visited Venezuela in 2017, SURES stressed that the then United Nations High Commissioner for Human Rights, Zeid Ra’ad Al Hussein, did not consider this information and ignored the reports delivered personally by independent, long-established and non-politicized organizations in Venezuela, giving a biased report as result.

The director of SURES, María Lucrecia Hernández, invited High Commissioner Michelle Bachelet to work together with all the NGOs in Venezuela; without distinction, without discriminatory criteria of selectivity. “We call her to listen to all the voices of our country in its plurality; and thereby overcome the political bias that her predecessor publicly demonstrated”.

Finally, she highlighted the negative impact of the multifaceted aggression of unilateral coercive measures, SURES noted that these affect human rights in Venezuela, especially in the most vulnerable groups of people such as girls, boys, adolescents, people with disabilities, adults and senior citizens, people who require health care, especially those living with HIV / AIDS, a reality that violates International Public Law and International Human Rights Law.