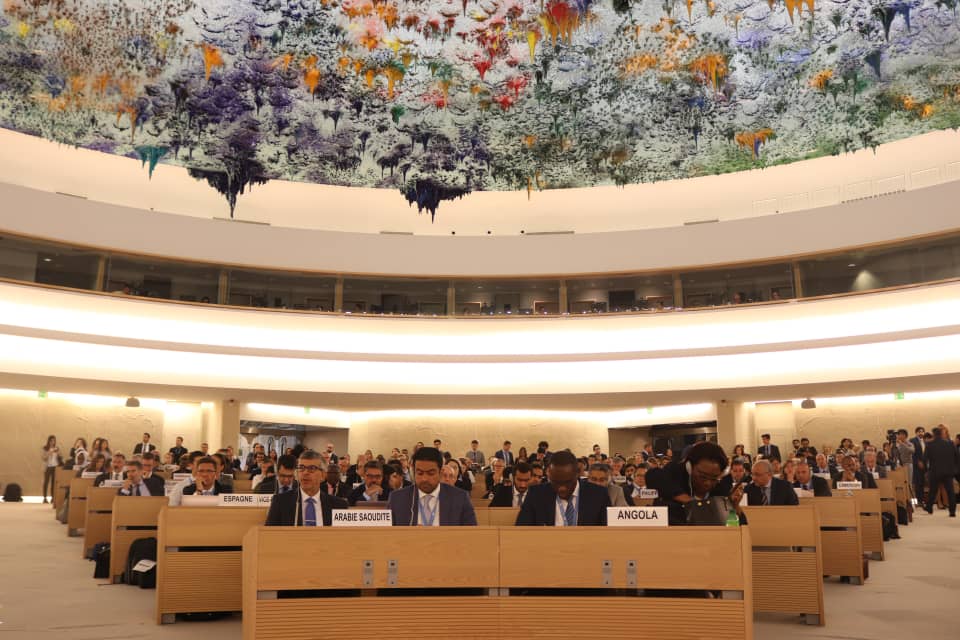 NGOs alerts the UN: “There is no humanitarian crisis in Venezuela”

FUNDALATIN supports report of Independent Expert of the UN on Venezuela

The Latin American Foundation for Human Rights and Social Development (FUNDALATIN) participates in the 39th session of the Human Rights Council of the United Nations Organization, where today was presented the Report of the Independent Expert of the UN on the promotion of a democratic and equitable international order, Alfred De Zayas, who was visiting Venezuela from November 26 to December 4, 2017.

The President of FUNDALATIN, María Eugenia Russian, supported what the Independent Expert points out in his report that there is no humanitarian crisis in Venezuela. “We share the warning of this expert from the UN who has been able to confirm that the issue of the humanitarian crisis is a technical term that is being used unduly and irresponsibly – through an intense media campaign – as a pretext to justify a military intervention in Venezuela”.

She explained that, as mentioned in the report, it is essential to study the causes of the economic crisis in Venezuela, such as the financial blockade and the sanctions imposed on the country, which are directly and indirectly affecting the lack of food, medicines such as insulin, antiretrovirals, and they can be considered as crimes against humanity, which only seek to cause suffering and death in the Venezuelan population.

Russian said that “in Venezuela there is a model of human rights that has allowed to eradicate poverty, guarantee education, health, housing, work, social security, among other rights, which is a reference in many regions of the world.”

“We can not speak of a humanitarian crisis in a country that has allocated 2 million homes, in which not a single university has been closed, neither public nor private, in which 100% of pensions have been given to the senior citzens”, she sentenced.

She indicated that one of the petitions that will be made to the Human Rights Council and its special procedures is that impartiality, ethics and objectivity be preserved when the issues of Venezuela are addressed, eradicating any practice that pretends to make use of human rights for politicial purposes.

The President of FUNDALATIN, María Eugenia Russian, thanked the independent expert for his work and stressed that during his visit to the country he met and listened to all sectors of society, objectively reflecting the reality of Venezuela.

“This report shows what really happens in Venezuela, the Independent Expert of the UN was based on scientific information and supported by evidence, which contrasts with the false premises and the lack of rigor that has characterized the reports of the UN High Commissioner for Human Rights, Mr. Zeid Ra’ad Al Hussein, who has just finished his term”, explained the representative of the NGO.

Likewise, the President of this organization thanked the independent expert for considering the information provided by FUNDALATIN, which has 40 years working on the defense of human rights in the South American country. Condemning the systematic intimidation generated by some NGOs allied to political parties of the Venezuelan opposition against the work of the independent expert.

FUNDALATIN is a Venezuelan organization, recognized with Special Consultative Status in the Economic and Social Council (Ecosoc) of the United Nations Organization since 2015, and since 2005 is duly accredited to the Organization of American States (OAS) .

The trajectory of FUNDALATIN, allowed it to gain, in the year 1987, the recognition of the prize “Messenger of the Peace” granted by the Organization of the United Nations.