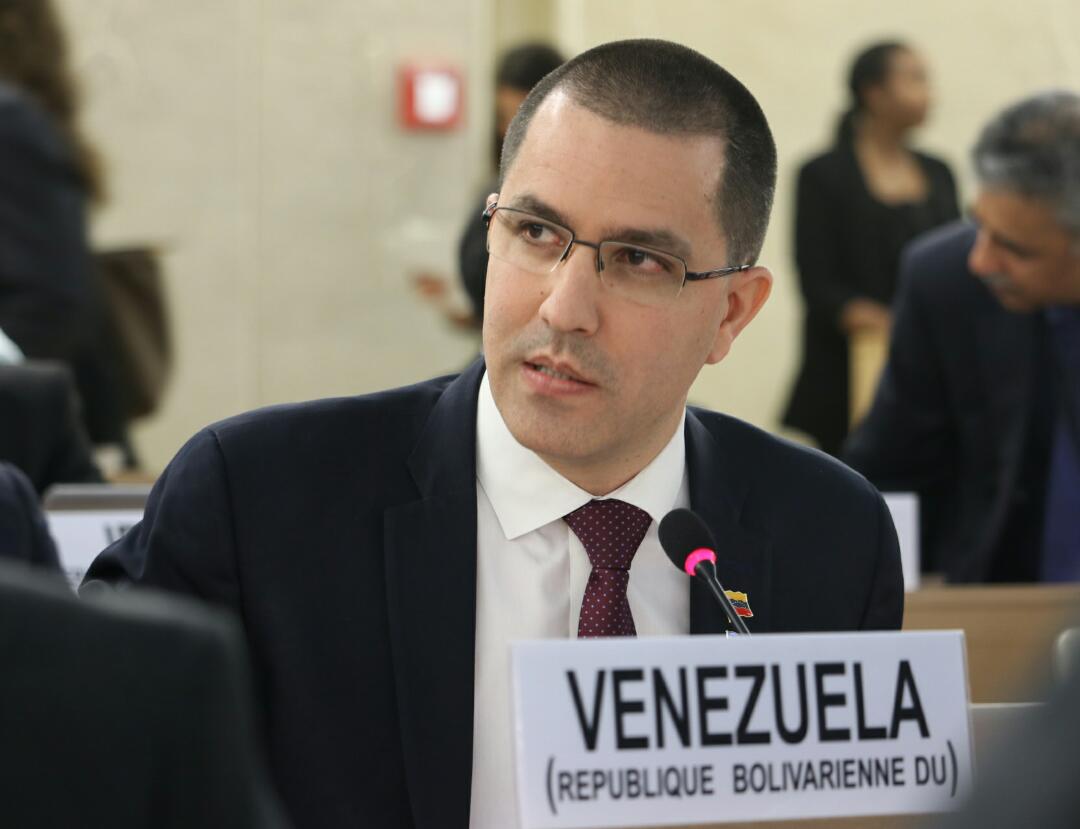 FM Arreaza: We demand the economic and political aggression against Venezuela to cease

On Monday, the Foreign Minister (FM) of the Bolivarian Republic of Venezuela, Jorge Arreaza, during his speech at the opening of the 39th Session of the Human Rights Council of the United Nations (UN), stressed that the Homeland of Bolivar suffers economic crisis product of the unilateral sanctions imposed by the government of the United States and the European Union, and not a humanitarian crisis as they try to let see.

In this regard, he noted that in the report by independent expert Alfred de Zayas, he concludes that “there is no humanitarian crisis in Venezuela, there is an economic crisis that is basically the product of the unilateral coercive measures of the sanctions of both the United States and of the European Union”.

In turn, the Diplomatic Representative stated that this report emphasizes the model of guarantee of human rights in Venezuela. Such as “the eradication of illiteracy, free education from primary school to university, programs to reduce extreme poverty, delivery of housing to people in a situation of vulnerability and homelessness, gradual elimination of discrimination, and an extension of medical care for all population”, said the Venezuelan Foreign Minister.

On the other hand, FM Arreaza said that “it is a great cynicism, of those who block Venezuela, then offer humanitarian aid. That is to say: I hang you and then I pretend to be your savior “. Arreaza expressed, for which he denounced and requested, on behalf of President Nicolás Maduro and the Venezuelan people, the cessation of aggression against the Bolivarian Republic of Venezuela.