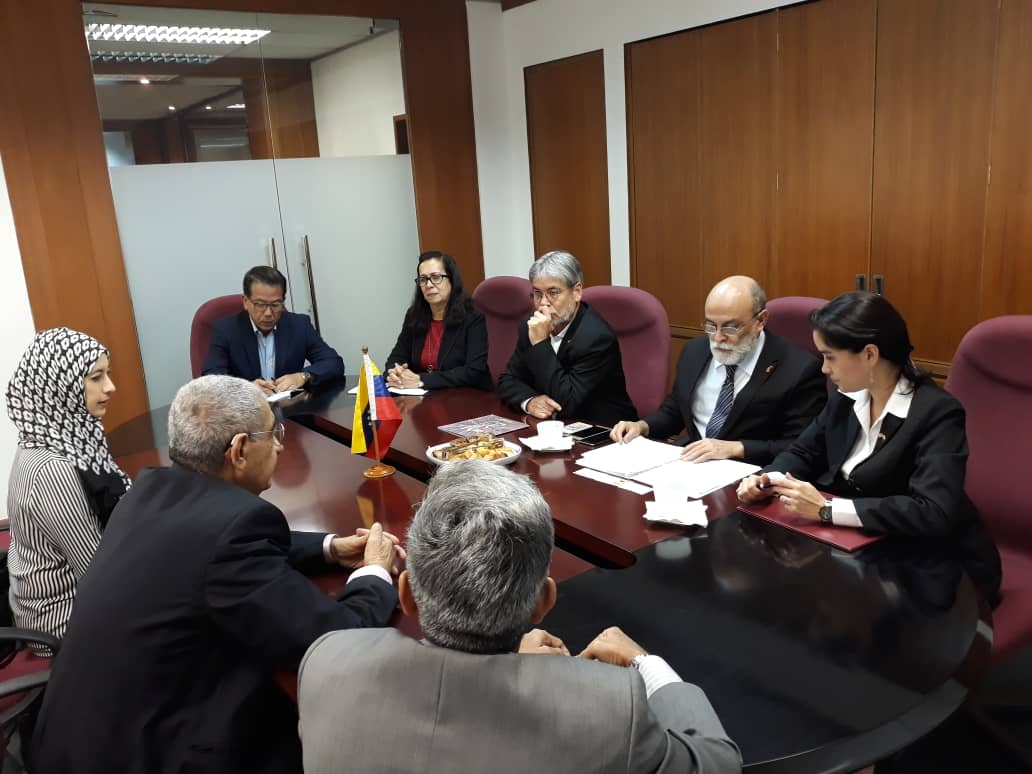 As part of the agenda developed by the Vice-minister for Asia, the Middle East and Oceania, Rubén Darío Molina, during his visit to Kuala Lumpur, capital of Malasi, he met with Malaysian businessmen in the oil and gas area.

Assila Izat and Mohamad Raveen, managers of the oil company Avid Works, expressed their interest in participating in the plans of the Government of the Bolivarian Republic of Venezuela to recover oil production, through the activation of oil wells.

Vice-minister Molina explained the measures taken by our National Government within the Economic Recovery Plan, such as: the convertibility of the bolivar, the guarantees for investors and the exemption of taxes for some imports of inputs.

He added that “the National Government has a special interest in strengthening relations with Malaysia, and with the Association of Southeast Asian Nations (Asean), a regional integration block that groups 10 countries in Southeast Asia”.

The Vice-minister Molina took the opportunity to denounce the siege from the United States Government, the European Union and some Latin American governments towards Venezuela, causing an economic war, a crisis that affects governability and attempts to damage the image of the country.

Businessman Dato Moehamad Izat Emir, who is the president of the Asean Trade Association, expressed his confidence in Venezuela, a country that, in his opinion, represents a real attraction for Malaysian entrepreneurs looking for new investment opportunities. In addition to oil and gas, Malaysia is interested in agricultural and mining production.

From the Vice-minister’s hands, Malaysian investors received the second edition of the “Foreign Investment Portfolio 2018”.

At the end of the meeting, investors expressed that they are ready to go to Venezuela to sign agreements to invest and import Venezuelan products.