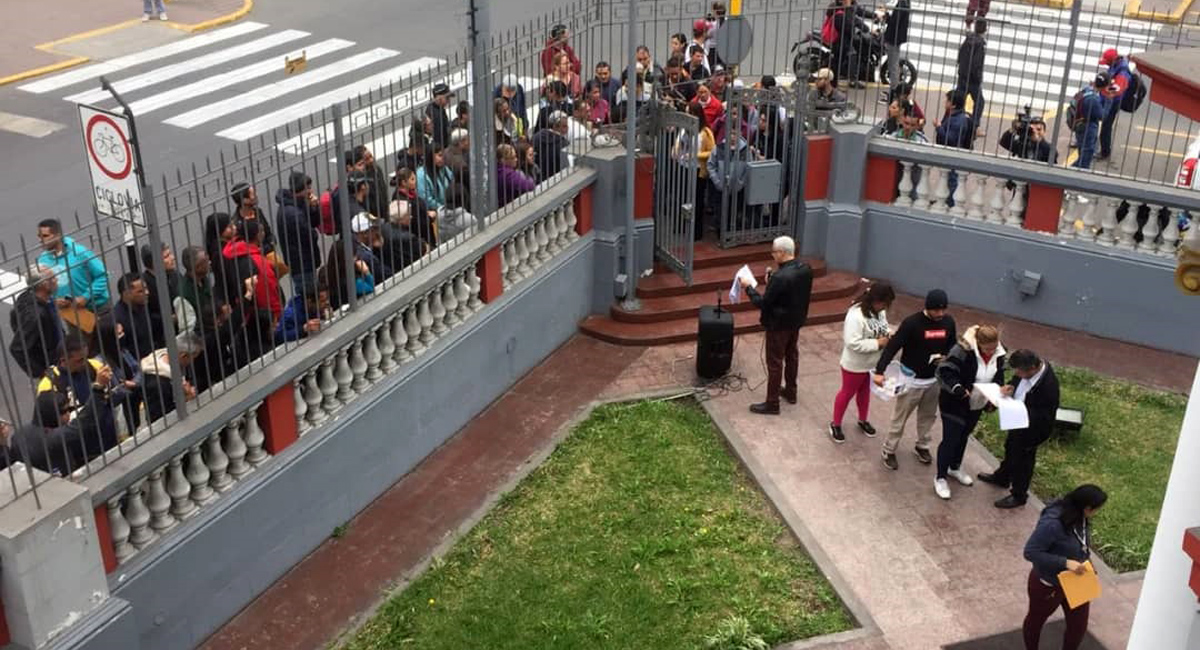 Around 100 requests receive daily the Embassies and Consulates of Venezuelans and Venezuelans who are in the South American countries and who hope to return to their country through the Return to the Homeland Plan, mechanism activated by the Government of President Nicolás Maduro.

During an interview given in the program Al Instante, by Union Radio, Eulalia Tabares, General Director of the Consular Relations Office of the Ministry of Popular Power for Foreign Affairs, reported that a consular work has been carried out to serve the nationals who migrated to countries like Peru, Chile, Colombia, Ecuador, Argentina among others.

“We are receiving requests from at least 100 people daily, who go to the embassies and consulates to register. These data allow us to have a clearer picture of the situation in order to organize the flight plan for Venezuelans who will return to the Fatherland, “he said.

Tabares made special mention of the situation in Peru where at least 500 Venezuelan citizens who are in a vulnerable situation have made the request to return to the country.

In this regard, he added that in the month of April during the Summit of the Peoples that took place in Lima, it was when they detected the increase in requests from Venezuelans who wanted to return to the country because the health, economic and labor conditions that they were going through They were precarious, which is why, they proceeded to the return to Venezuela of 10 nationals.

After that, and due to the high number of requirements, the National Government headed by President Nicolás Maduro activated the State policy “Plan Vuelta a la Patria”, which is linked to the system of social missions for the social protection of Venezuelans who return to the country.

Also, Tabares said that both the Economic and Social Development Bank of Venezuela (Bandes), the Conviasa airline and the Venezuelan Foreign Ministry work together to develop the entire process expeditiously.

The Director of Consular Relations informed that in Argentina they have also received requests from Venezuelans to be included in the Plan Vuelta a la Patria. In the coming days the return of at least 90 nationals is expected.

Finally, Tabares indicated that in some countries the situation has been complex after the refusal of some governments to provide information on the number of Venezuelan migrants in their territory. In this regard, he referred to the case of Peru where representatives of the Foreign Ministry were summoned to accompany the process of migration and return of Venezuelans but did not obtain a positive response.

“In the case of the receiving countries, the situation of the migration of Venezuelans has been complex due to the media treatment that has been given to them. At this moment we have made as Foreign Ministry the request to other countries to give information about our Venezuelan migrants and we have not received a response. There is always a media response and a refusal to give information. In the case of Peru, the Foreign Ministry was summoned for the tenth time to discuss and know the situation of the nationals in that country but there was no response or approach, “he said.