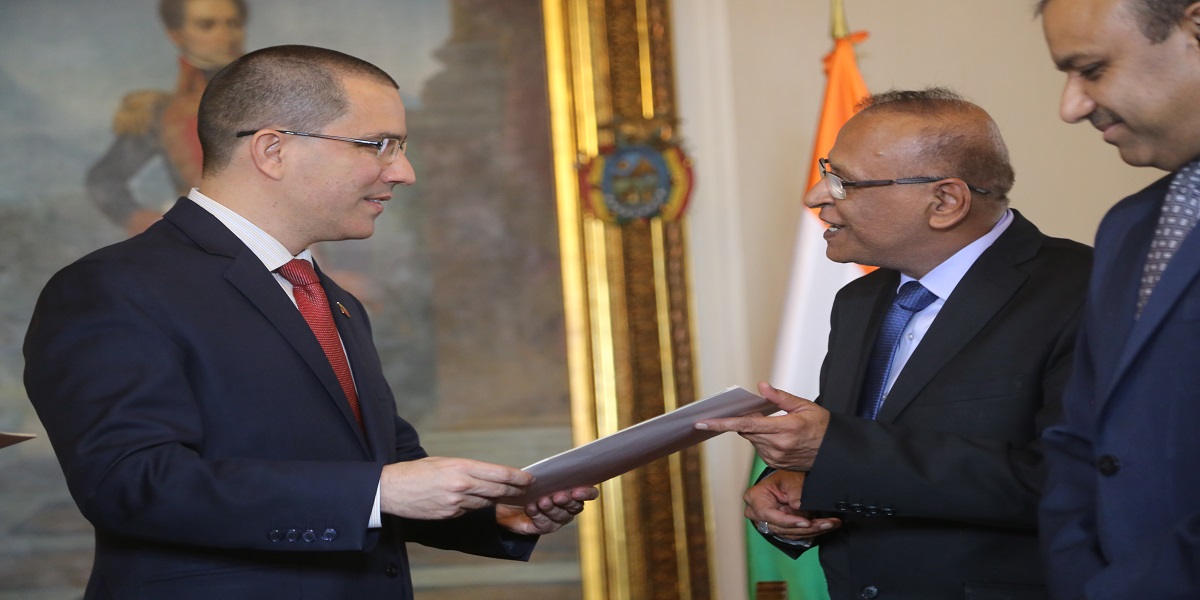 Ambassador of India presents Copies of Credentials to FM Arreaza

As part of the process of diplomatic accreditation, the new Ambassador of the Republic of India to the Bolivarian Republic of Venezuela, Rajiv Kumar Nagpal, handed over this Friday his Copies of Credentials to the Minister of People’s Power for Foreign Relations, Jorge Arreaza.

The ceremony took place in the Yellow House Antonio José de Sucre, in Caracas, where both diplomats evaluated the bilateral agenda and ratified the will of their governments to continue strengthening the bonds of friendship and cooperation.

The Ambassador arrived last Tuesday at the Simón Bolívar International Airport in Maiquetía, where was received by a delegation from the Venezuelan Foreign Ministry.

Between August 2012 and October 2015, the diplomat served as deputy secretary (SE-II & III) in New Delhi; thereafter he served as Ambassador of India to the Republic of Iceland.

Last March, Venezuela and India strengthened their strategic alliances in the commercial field, in the middle of the tour on the occasion of the International Solar Alliance Summit (ISA, by its acronym in English), which met the Foreing Minister Jorge Arreaza in the Asian country.