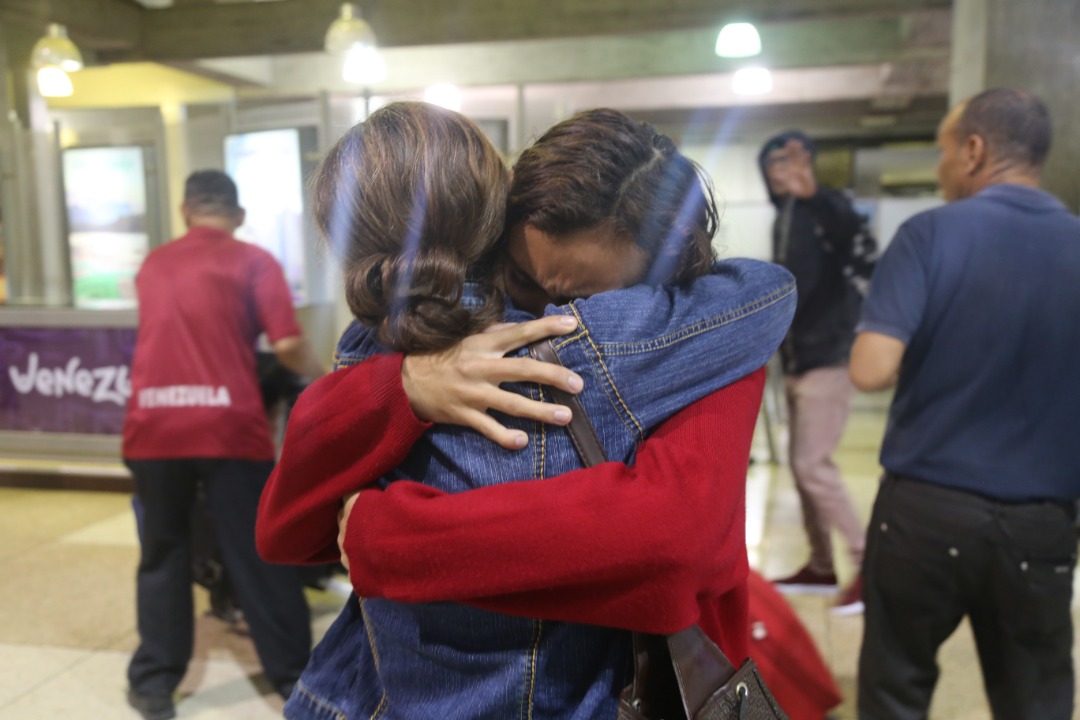 A total of 92 nationals – including 65 adults and 27 children – arrived early Thursday at Simón Bolívar International Airport in Maiquetía from Ecuador after hearing the call of the President of the Bolivarian Republic of Venezuela, Nicolás Maduro, who activated the Plan Vuelta a la Patria, a program that aims to support Venezuelans who emigrated and wish to return to the country.

Through his Twitter account @jaarreaza, the Chancellor of the Bolivarian Republic of Venezuela, Jorge Arreaza, assured that the National Government will remain active through the Plan Vuelta a la Patria to guarantee the return of Venezuelans who, alienated by the media campaign against Venezuela, left their country.

“Welcome compatriots. From Ecuador, they are already back in the Fatherland with their families and hope. The Bolivarian Government will continue to facilitate the return by air, land and sea of ​​Venezuelans, deceived by media campaigns, to return to work and fight for their country”, said the Chancellor.

Before leaving the South American country, the Venezuelan citizens who waited at the Embassy of Venezuela in Ecuador to board the transport units that would take them to the Mariscal Sucre International Airport, expressed their gratitude to the National Government and their pleasure to return to their country once again, after being victims of xenophobic acts, discriminatory treatment and labor exploitation.

The Venezuelan compatriots pointed out that under false expectations and with the inoculation of an international media campaign that positions “the humanitarian and migratory crisis” in Venezuela, they decided to leave their country, even abandoning their relatives, to go on pursuit of a new life that became a terrible disappointment.

Contrary to the social protection system that drives the Venezuelan State to support foreigners residing in the country, a Venezuelan girl who emigrated in pregnancy and had her little daughter in Ecuador, commented how in the maternity hospital where she was attended they expressed the desire that “they should remove all Venezuelans from their country.”

Prior to the arrival of the plane of the Conviasa airline, that waits in the air terminal of Ecuador for the Venezuelan citizens, the charge d’affaires, Pedro Sassone, held a meeting with three young Venezuelans Yilber Zapata, Victor Romero and Ildemar Zapata who were part of the group of Venezuelans who decided to return to the Homeland of Bolívar.

On the outskirts of the diplomatic mission in Ecuador, Venezuelans keep arriving to request their inclusion in the aforementioned plan and thus be able to return to their homeland.

Tags: Highlitght, return to the homeland