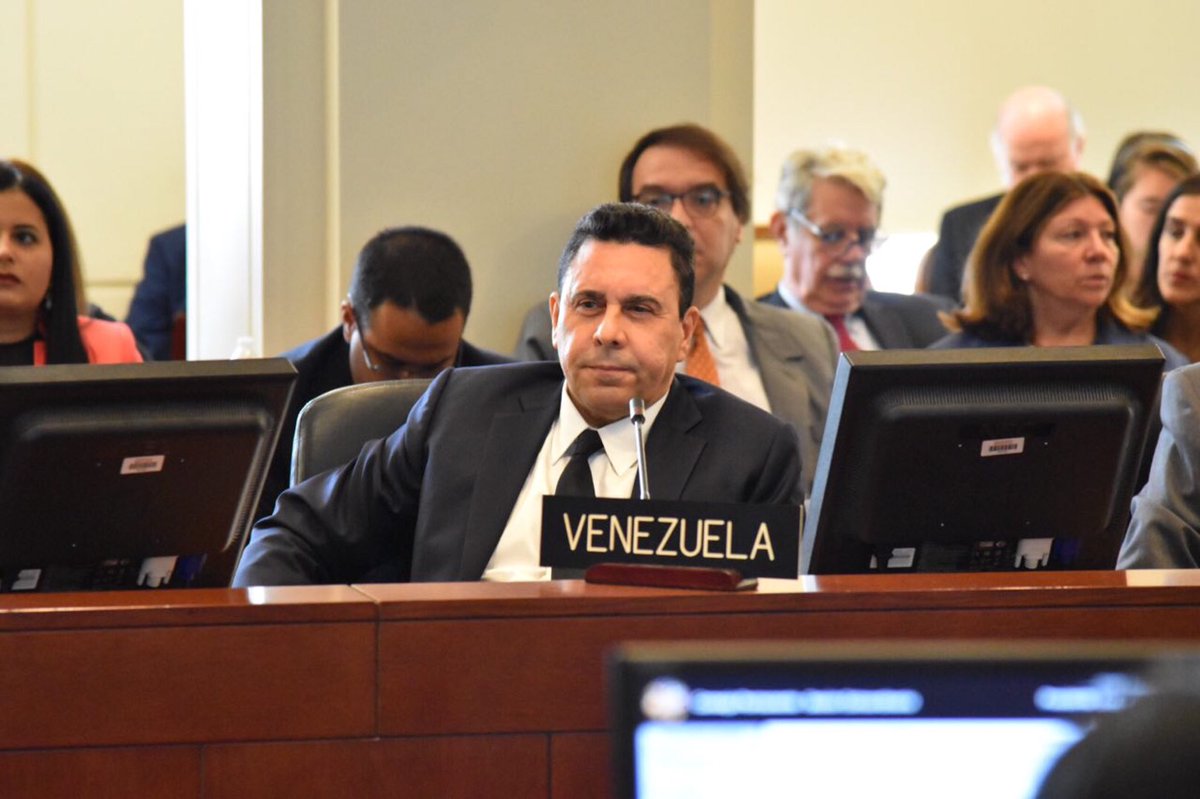 From the city of Washington, the ambassador of the Bolivarian Republic of Venezuela to the Organization of American States (OAS), Samuel Moncada, denounced that after the creation of a “humanitarian crisis” to accuse Venezuela of being a Failed State it is intended to militarize the Venezuelan immigration issue.

“It is no longer a problem of migrants but a problem of security and peace. They say they are going to save Venezuela by using force from abroad against our country. It is salvation through destruction. It is the making of a war”, said the Bolivarian diplomat.

In this vein, the Venezuelan Representative recalled that since 2015, high officials of the US Government have already announced the arrival of a humanitarian crisis in Venezuela. In this sense he evoked the statements made by Rex Tillerson, Mike Pompeo and US President Donald Trump himself, about the possibility of the use of military force against the Bolivarian Republic of Venezuela.

“A week ago, the US press secretary, Sarah Huckabee Sanders, again threatened Venezuela with the use of force, and Senator Marco Rubio, the political head of the relationship to Latin America, who insults as a viceroy the countries that oppose his dictates, affirmed that: the time has come for the use of military force against Venezuela, that the National Security Adviser John Bolton agreed, and that President Trump was going to act without warning”, he said.

Ambassador Moncada stressed that following the aforementioned threats, the OAS once again remained complicit in silence, demonstrating its bias towards the Venezuelan issue.

Likewise, the permanent representative of Venezuela before the OAS, denounced the statements made by the US ambassador to the OAS, Carlos Trujillo, and assured that these threats made by the official against the president, Nicolás Maduro, constitute a violation of international law.

“This threat is the violation of international conventions, but even worse, in a country that protects in its territory the participants in the planning of the terrorist attack on August 4 against President Nicolás Maduro and the high officials of the Republic,” said the venezuelan ambassador.

In the same line, he stressed that the US Diplomat requested the use of military force against Venezuela, from Brazil, Chile, Colombia and Peru, thus encouraging the war between Latin American brothers and once again reaffirmed the decision of the OAS to keep silent about it.

“Today we have come to denounce the traffickers of war, those who want division between our people, those who promote contempt and xenophobia. We come to defend the peace of our region. Venezuela, is willing to talk with its Latin American and Caribbean brothers, all matters that are necessary within the framework of respect and good faith, but not here”, concluded Ambassador Samuel Moncada