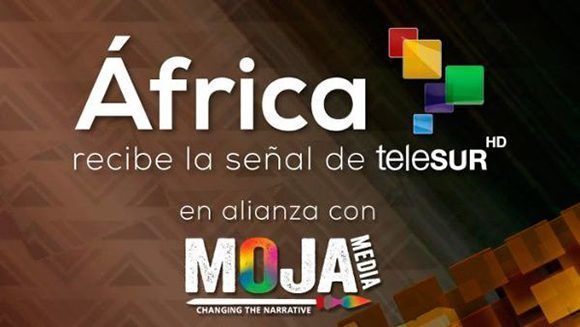 Sign of Telesur in Africa materializes dream of Commander Chávez

The People’s Power Vice-Minister for Foreign Relations for Africa, Yuri Pimentel, informed through his account on Twitter @ ypimentel2021, that the signal from the international channel Telesur is already available in Africa, a signal that reaches 25 countries in the continent in it’s initial phase.

“Today the dream of Commander Hugo Chávez and President Nicolás Maduro to see the signal of Telesur in English being transmitted in the Mother Africa comes true. From South Africa the signal is broadcast for 25 countries of that brother continent” said the Vice-minister.

The president of the multistate television, Patricia Villegas, said that this unprecedented event for a television channel that does not obey the imperial capital, will reach great achievements in a short term, “I am convinced that we will find that we are the same people. What is coming is the union of two areas that were together in the past”.

The creation of Telesur started from an immediate need in the american continent due to the continuous attacks of imperialism and its media transnationals against the progressive countries and peoples in the region.

“One listen to Telesur and it’s like a divine music, a music of the soul. How many years with these ideas, not only us, before I was born, there was already people here in the world and in America, raising ideas like Telesur”, Hugo Chávez in an interview with Telesur on November 2, 2005.

It should be noted that in the recent tour of South-South Dignity by FM Jorge Arreaza on the African continent – in July of this year – the venezuelan official reported that the launch of the Telesur signal had already been planned thanks to the continuous efforts of the Bolivarian Diplomacy of Peace led by President Nicolás Maduro.