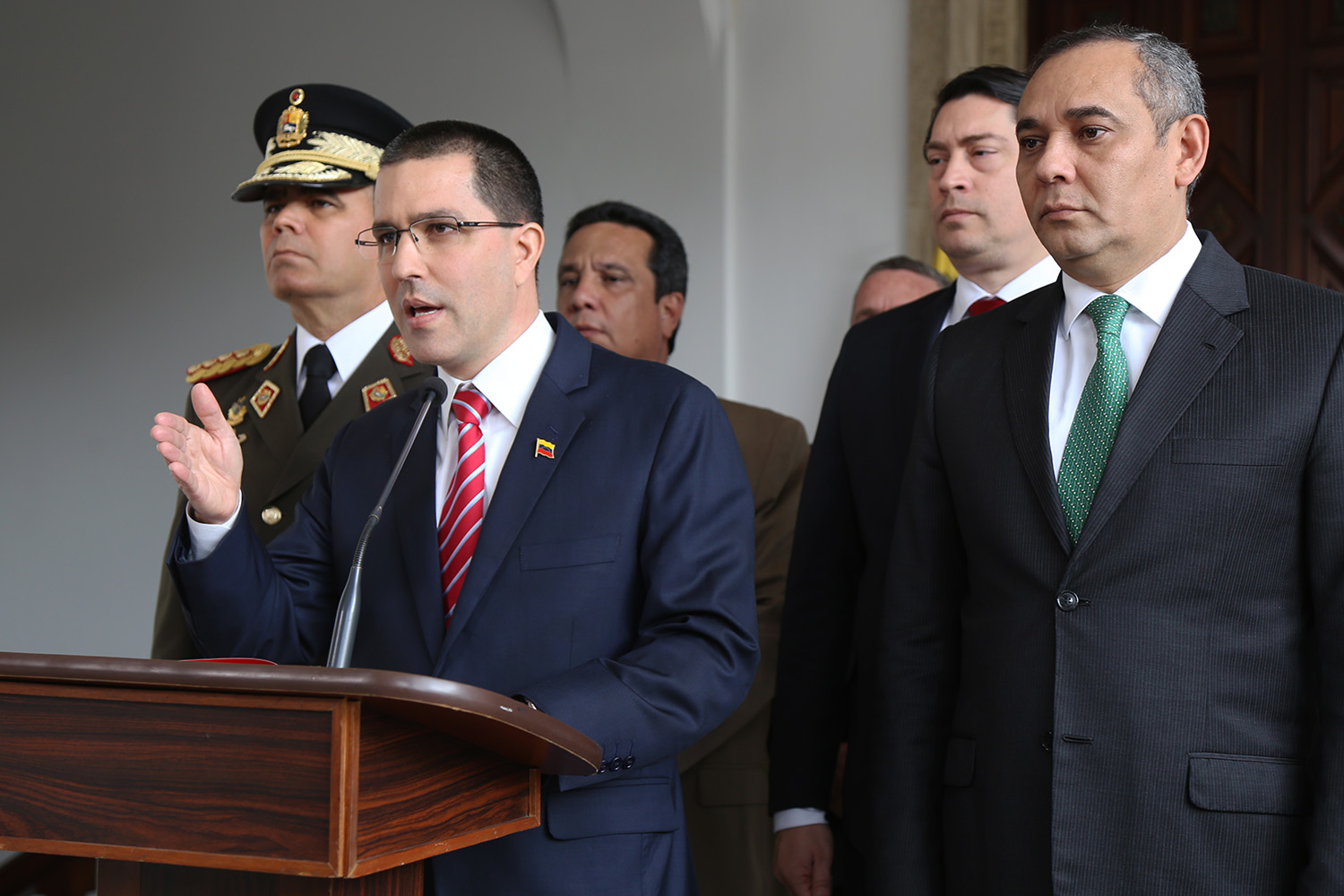 Venezuela ratifies the full validity of the Geneva Agreement of 1966

The Government of the Bolivarian Republic of Venezuela ratifies the validity of the Geneva Agreement of 1966, informed the People’s Power Minister for Foreign Relations, Jorge Arreaza, who read a statement issued by the Presidential Commission of State for the guarantee of territorial integrity and bordering matters.

In this regard, the Minister explained that before the statements of the Secretary General of the United Nations Organization (UN), Antonio Guterres, in which he recommends that the International Court of Justice be the mean to solve the border dispute in the Essequibo; the National Government remains attached to the aforementioned agreement.

“The Secretary General’s communication exceeds the successive nature of the means of peaceful settlement established by the Geneva Agreement as an established methodology to reach an acceptable, practical and satisfactory solution to the dispute”, said the Minister.

Likewise, the Minister insisted that the nation remains faithful to its historical tradition, in accordance with the Bolivarian Diplomacy of Peace, as well as being fully prepared to defend the territorial integrity of the Homeland.

The Foreign Minister stressed that President Nicolás Maduro guarantees the Venezuelan people to continue defending sovereign rights over Guiana Esequiba and calls for national unity to protect the most sacred interests of the Homeland.

On the other hand, he emphasized the nullity of the Arbitral Award issued in 1899 in Paris, which illegally ceded the territory to British Guyana.

The Commission was made up of the Executive Vice-president, Tarek El Aissami; the president of the Supreme Court of Justice, Maikel Moreno; the Minister of the office of the presidency, Jorge Márquez; the People’s Power Minister for Defense, Vladimir Pardino López and the Minister of State for the new peace frontier, M/G Gerardo Izquierdo Torres.

The Attorney General of the Republic, Reinaldo Muñoz, also participated; the second Vice-president of the National Constituent Assembly, Elvis Amoroso and the Vice-minister for Latin America, Alexander Yánez.