In the presence of the diplomatic corps accredited in the country, the government of the Bolivarian Republic of Venezuela and representatives of the opposition signed an agreement on Monday that includes the installation of a national peace dialogue table, aimed at achieving measures that guarantee the political and socioeconomic rights of Venezuelans. The founding principle of this mechanism is the broad dialogue, without exclusions, whose method is based on partial, open and transparent agreements to which all the representative sectors of Venezuelan society and the political forces may be added. «It is a time for reconciliation, it is a time for coexistence, it is time for dialogue», said the sector Vice-president of Communication, Tourism and Culture, Jorge Rodríguez, when reading the document through which the parties also call on «countries that care about Venezuela for cooperation, instead of interference and solidarity instead of sanctions”. From this joint work agenda, the first six partial agreements of national interest that cover various areas emerge: • Incorporation of the parliamentary fraction of the United Socialist Party of Venezuela (Psuv) and the allied fractions of the Bolivarian Government into the National Assembly. • Respond with the promptness and urgency of the case the new conformation of the National Electoral Council and the electoral guarantees that must accompany the voting processes. • Urge the justice system through the Truth Commission to agree on measures to solve the deprivation of liberty in those cases where the Venezuelan legal system permits so. • Reaffirm and defend in national union the historical legitimate rights of Venezuela over Guiana Esequiba, through political negotiation as contemplated in the Geneva Agreement of 1966. • Reject the application of economic sanctions against the country, in violation of international law, and demand the immediate lifting of them. • Propose the instrumentalization of the oil exchange program for food, medicine and supplies for basic services in accordance with the technical mechanisms existing in the United Nations system. While these commitments are being executed, the national table will continue working on partial agreements in the institutional, electoral and economic sphere. In institutional matters, the parties will advance on the balance between the constituted powers; the institutional normalization mechanism; the conflict between powers and overcoming the contempt of the National Assembly. With regard to the electoral area, it has been proposed to discuss an agreement for the application of proportional representation of minorities established in the Constitution of the Bolivarian Republic of Venezuela; while in the economic field the coordinated work between the public sector and the private company is foreseen. These partial agreements will be accompanied by specialized technical tables on each subject to be addressed, in order to improve their content, application and execution, in addition to adapting them to the national regulatory framework. Dialogue is the path for peaceful coexistence In this context, Vice-president Jorge Rodríguez conveyed the absolute disposition of President Nicolás Maduro and his government to «keep all doors open» for dialogue, agreement and peace. “This dialogue table is, without a doubt, a way for peaceful political coexistence from divergence, but in the absolute conviction that departures outside the legality and constitutional order of Venezuela can only lead to more violence, causing greater suffering to our people”, he added. The opposition representation coincided with the government side in the sense of condemning the imposition of unilateral coercive measures and extremism in politics that can lead to scenarios of violence and confrontation. 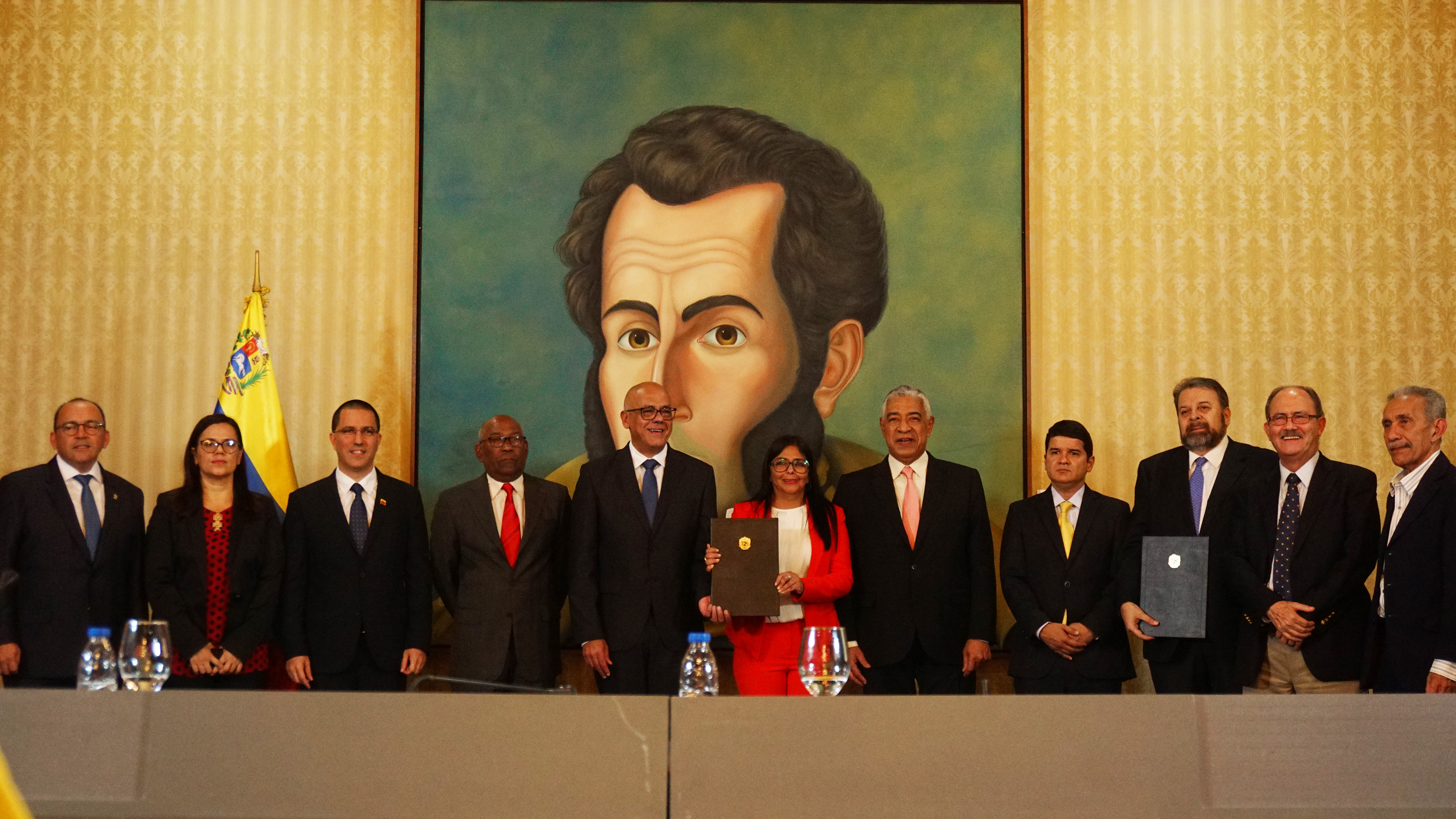